You can plant more by donating here.

The Plant More Project is dedicated to discovering ways to thrive in our ever-shifting world by exploring the benefits of the plant kingdom and our deep life connection to it.

You might be an artist who would like to introduce yourself and your work here or maybe you’re a business with a mission to describe.

This is an example page with a Featured Image added.

END_OF_DOCUMENT_TOKEN_TO_BE_REPLACED

Rebuilding After The Disaster

END_OF_DOCUMENT_TOKEN_TO_BE_REPLACED 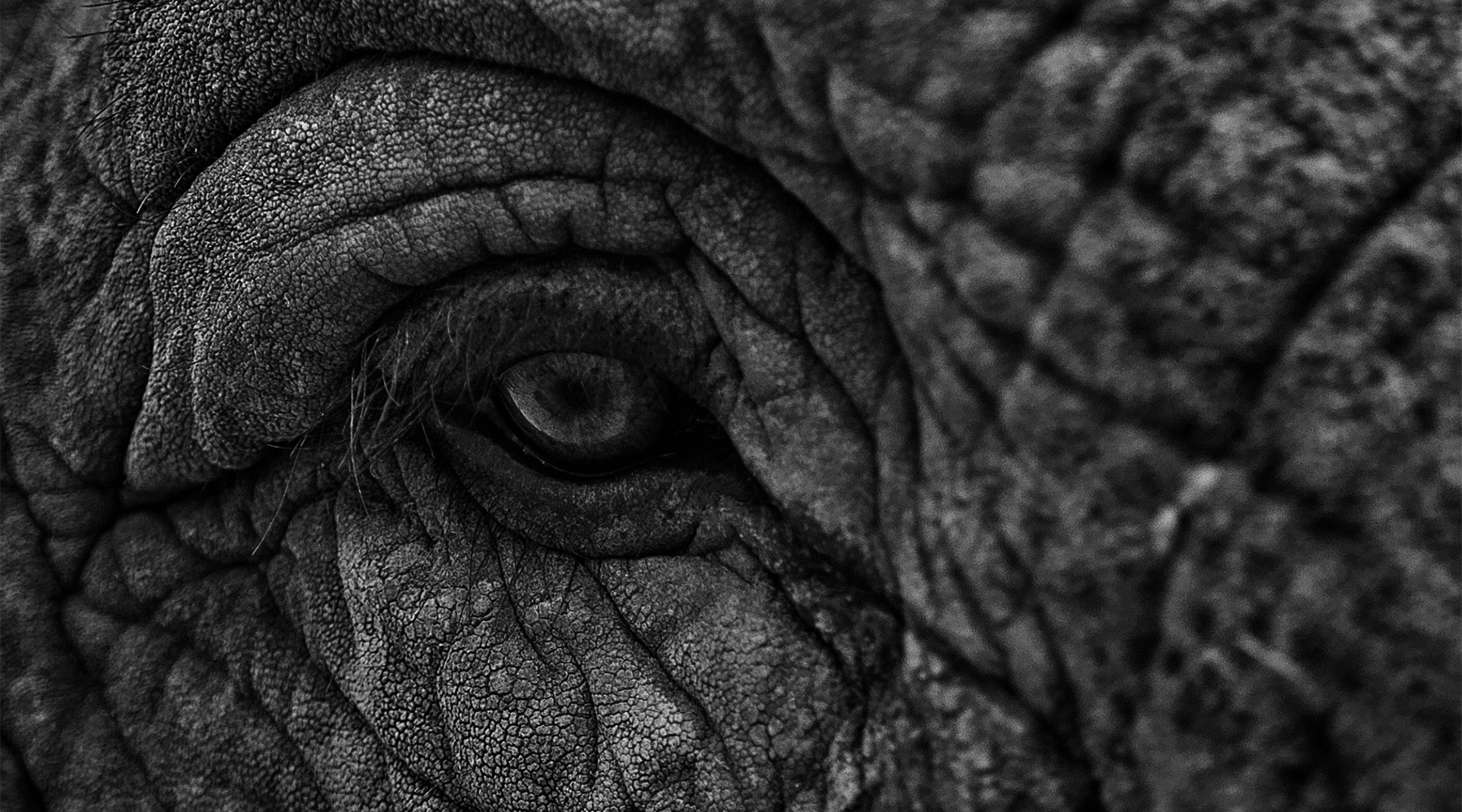 The Key To Quality Restoration

From the Pacific to the Atlantic by the Lincoln Highway, with California and the Virginias and Maryland thrown in for good measure! What a tour it has been! As we think back over its miles we recall the noble pines and the towering Sequoias of the high Sierras of California; the flashing water-falls of the Yosemite, so green as to be called Vernal, so white as to be called Bridal Veil; the orchards of the prune, the cherry, the walnut, the olive, the almond, the fig, the orange, and the lemon, tilled like a garden, watered by the hoarded and guarded streams from the everlasting hills; and the rich valleys of grain, running up to the hillsides and dotted by live oak trees. We recall miles of vineyard under perfect cultivation. We see again the blue of the Pacific and the green of the forest cedars and cypresses. High Lake Tahoe spreads before us, with its southern fringe of emerald meadows and forest pines, and its encircling guardians, lofty and snow-capped. The high, grey-green deserts of Nevada, Utah, and Wyoming stretch before us once more, and we can smell the clean, pungent sage brush. We are not lonely, for life is all about us. The California quail and blue-jay, the eagle, the ground squirrel, the gopher, the coyote, the antelope, the rattlesnake, the big ring snake, the wild horse of the plains, the jack rabbit, the meadow lark, the killdeer, the red-winged blackbird, the sparrow hawk, the thrush, the redheaded wood-pecker, the grey dove, all have been our friends and companions as we have gone along. We have seen them in their native plains and forests and from the safe vantage point of the front seat of our motor car.

The lofty peaks of the Rockies have towered before us in a long, unbroken chain as we have looked at them from the alfalfa fields of Colorado.

We have seen the bread and the cornbread of a nation growing on the rolling prairies of Nebraska, Iowa, and Illinois. We have crossed the green, pastoral stretches of Indiana and Ohio and Pennsylvania. The red roads of Virginia, winding among her laden orchards of apples and peaches and pears and her lush forests of oak and pine; the yellow roads of Maryland, passing through her fertile fields and winding in and out among the thousand water ways of her coast line, all come before us. These are precious possessions of experience and memory, the choice, intimate knowledge to which the motorist alone can attain.

END_OF_DOCUMENT_TOKEN_TO_BE_REPLACED

10 Sailing Destinations Sure To Inspire Awe

In the time of Spanish rule, and for many years afterwards, the town of Sulaco—the luxuriant beauty of the orange gardens bears witness to its antiquity—had never been commercially anything more important than a coasting port with a fairly large local trade in ox-hides and indigo. The clumsy deep-sea galleons of the conquerors that, needing a brisk gale to move at all, would lie becalmed, where your modern ship built on clipper lines forges ahead by the mere flapping of her sails, had been barred out of Sulaco by the prevailing calms of its vast gulf. Some harbours of the earth are made difficult of access by the treachery of sunken rocks and the tempests of their shores. Sulaco had found an inviolable sanctuary from the temptations of a trading world in the solemn hush of the deep Golfo Placido as if within an enormous semi-circular and unroofed temple open to the ocean, with its walls of lofty mountains hung with the mourning draperies of cloud.

On one side of this broad curve in the straight seaboard of the Republic of Costaguana, the last spur of the coast range forms an insignificant cape whose name is Punta Mala. From the middle of the gulf the point of the land itself is not visible at all; but the shoulder of a steep hill at the back can be made out faintly like a shadow on the sky.

END_OF_DOCUMENT_TOKEN_TO_BE_REPLACED

The Party From Gibbet Island

Ellis Island, in New York harbor, once bore the name of Gibbet Island, because pirates and mutineers were hanged there in chains. During the times when it was devoted to this fell purpose there stood in Communipaw the Wild Goose tavern, where Dutch burghers resorted, to smoke, drink Hollands, and grow fat, wise, and sleepy in each others’ company. The plague of this inn was Yan Yost Vanderscamp, a nephew of the landlord, who frequently alarmed the patrons of the house by putting powder into their pipes and attaching briers beneath their horses’ tails, and who naturally turned pirate when he became older, taking with him to sea his boon companion, an ill-disposed, ill-favored blackamoor named Pluto, who had been employed about the tavern. When the landlord died, Vanderscamp possessed himself of this property, fitted it up with plunder, and at intervals he had his gang ashore,—such a crew of singing, swearing, drinking, gaming devils as Communipaw had never seen the like of; yet the residents could not summon activity enough to stop the goings-on that made the Wild Goose a disgrace to their village. The British authorities, however, caught three of the swashbucklers and strung them up on Gibbet Island, and things that went on badly in Communipaw after that went on with quiet and secrecy.

The pirate and his henchmen were returning to the tavern one night, after a visit to a rakish-looking vessel in the offing, when a squall broke in such force as to give their skiff a leeway to the place of executions. As they rounded that lonely reef a creaking noise overhead caused Vanderscamp to look up, and he could not repress a shudder as he saw the bodies of his three messmates, their rags fluttering and their chains grinding in the wind.

END_OF_DOCUMENT_TOKEN_TO_BE_REPLACED

How The Piano Came To Be

From the dried sinews stretched across the shell of a dead tortoise to the concert-grand piano of the present day is a far flight. Yet to this primitive source, it is said, may be traced the evolution of the stringed instrument which reached its culmination in the piano. The latter has been aptly called “the household orchestra,” and in tracing its origin one must go far back into the annals of the past. If we accept the Bible as history, and it is the greatest of all histories, the stringed instrument is of very ancient date. It is recorded that the ambassadors who came to the court of Saul played upon their nebels, and that David, the sweet singer of Israel, wooed the king from his sadness by singing to his harp. We must go back to the civilization of ancient Egypt, more than five hundred years before that morning nearly two thousand years ago when, it is written, the angelic choir chanted above the historic manger the glorious message, “Peace on earth, good will to men,” and the morning stars sang together.

In the olden times the Greeks laid claim to everything which bespoke culture and progress. The pages of ancient history record no other one thing so persistently as “the glory that was Greece.” And so they tell of the time when —

“Music, heavenly maid, was young,
And yet in ancient Greece she sung!”

It is now generally conceded, however, that it was not in Greece but in ancient Egypt that art, music, and the sciences in general were born. That the Egyptians had stringed instruments is unquestionable. Away back in the year 525 B.C. Cambyses subdued the land. He overthrew the temples in the ruins of which have been found the records of musical instruments dating from the very earliest times. But the priests who guarded the temples were slain, and every vestige of what might have helped to determine the origin of the stringed instrument, out of which, later, the piano was evolved, as well as the names of those who wrought andendeavored to construct instruments which would give forth music, was forever lost.